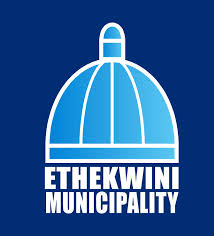 Durban’s launch of its broadband service, dubbed eThekwini Metroconnect, means the city is speeding ahead to become the first “smart city” on the African continent by selling spare broadband capacity on its extensive optic fibre network to business, and ultimately residents, at drastically reduced rates.
The launch at the SmartCity Conference and Exhibition at the International Convention Centre on Thursday marked a watershed moment in the history of broadband communication in South Africa.
The announcement by Jacquie Subban, head of geographic information and policy in the eThekwini Municipality, comes after the city revealed in August that it had appointed technology giant Dimension Data to manage its optic fibre network, following the network’s upgrade to “Carrier Class” or “Next Generation” status.
Subban said the initiative aimed to roll out broadband communication at significantly lower costs for business and residents, covering much of the municipal area. This would lower the cost of doing business in Durban, increase living standards and attract investment.
“We opted for what we call an open service provider model, where eThekwini Metroconnect is available at wholesale to licensed internet service providers, content providers and selected public sector entities like universities.
“It will be bandwidth-rich, available to service providers from 512kbps (kilobytes per second) going up to 1 000mps (megabytes per second). These ISPs will in turn retail to businesses and residents. Contracts will be entered into between the eThekwini Municipality and the service provider directly, with Dimension Data acting as the service agent,” said Subban.
She said the city would wholesale broadband capacity at R1 766 per megabyte per second in bandwidth to service providers, which was substantially lower than tele- communications operators. The city had intentionally publicised its wholesale rate so that business and residents could choose the ISP with the most competitive retail rates.
“We have chosen to just work in the wholesale space as a start and as a neutral player. Our price is not based on competing with telecommunications operators but to provide low-cost broadband, contributing to the socio-economic growth of our city.
“With increased demand, rates will no doubt come down but we also have to at least recoup our costs. This is not meant to be a money-spinner for the municipality. We will also have different cost structures for organisations such as NGOs and the public sector.”
She said the broadband plan would enable all key tourism areas in the city – including the new stadium – to have free wireless internet hotspots for the 2010 soccer World Cup.

By clicking “ACCEPT ALL”, you consent to the use of ALL the cookies. However, you may visit "Cookie Settings" to provide a controlled consent.
Cookie SettingsReject AllAccept All
Manage consent

This website uses cookies to improve your experience while you navigate through the website. Out of these, the cookies that are categorized as necessary are stored on your browser as they are essential for the working of basic functionalities of the website. We also use third-party cookies that help us analyze and understand how you use this website. These cookies will be stored in your browser only with your consent. You also have the option to opt-out of these cookies. But opting out of some of these cookies may affect your browsing experience.
Necessary Always Enabled
Necessary cookies are absolutely essential for the website to function properly. These cookies ensure basic functionalities and security features of the website, anonymously.
Performance
Performance cookies are used to understand and analyze the key performance indexes of the website which helps in delivering a better user experience for the visitors.
Analytics
Analytical cookies are used to understand how visitors interact with the website. These cookies help provide information on metrics the number of visitors, bounce rate, traffic source, etc.
Others
Other uncategorized cookies are those that are being analyzed and have not been classified into a category as yet.
SAVE & ACCEPT
Powered by